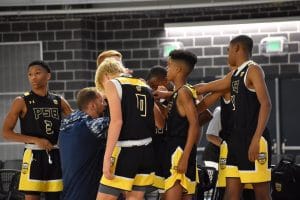 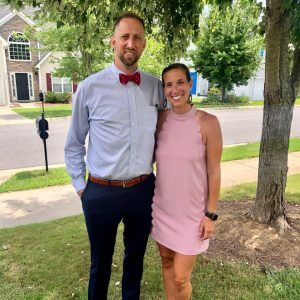 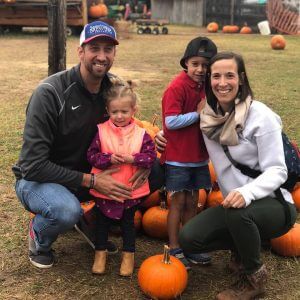 Chris Goodrum, a Pinehurst, North Carolina native, attended Pinecrest High School from 1996-1999. While growing up, Chris played travel baseball and basketball. Due to several negative experiences with HS coaches, Chris struggled with self doubt of his potential on the court which ultimately kept him from trying out for HS ball. This one regret is what drives him to positively affect players and families through the game of basketball. Chris sees basketball as a tool to build deeper relationships and uses it to speak to every player’s potential on and off the court.

After High School, Chris attended Appalachian State University from 2000-2003 where he studied Child Psychology and Business. During his time at ASU Chris spent many hours on the intramural court with his Fraternity, at the Quinn Rec center playing basketball, and following several friends on the App State Men’s Basketball team. Chris has always had a drive for self development and growth; he left App early to pursue a full time career with the YMCA in Charlotte, NC with the rest being history.

Since 2000, Chris has been working with the YMCA of Greater Charlotte. Chris started with the Y as a day camp counselor and slowly worked his way up to a fulltime role 2005. From there he continued to gain experiences, knowledge, and opportunities to grow through challenges and new roles. Chris departs the YMCA after 19 years of service with his most recent position being the Associate Executive Director of Programs and Youth Development with the Lake Norman YMCA. Chris comes to PSB as a strong and experienced organization leader with expertise in culture work, change capacity, staff development, programming, a strong lens for customer service best practices, and work flows to maximize effective/efficient business practices.

While building his professional career, Chris continued to feed his passion for basketball through coaching. Chris has been an active and successful coach with travel basketball, Middle School basketball, and player development in Charlotte, NC since 2007.

Chris lives just outside of Charlotte, NC in Fort Mill, SC with his wife of 8 years, Brook. They have three children (1 dog), 6 year old son Keegan, 3 year old daughter Tatum, and 8 year old chocolate lab Ollie. Brook is an AD and Health/PE teacher for Charlotte-Mecklenburg Schools for 13 years and still relives her college soccer days on the pitch in the Charlotte Women’s Soccer League.