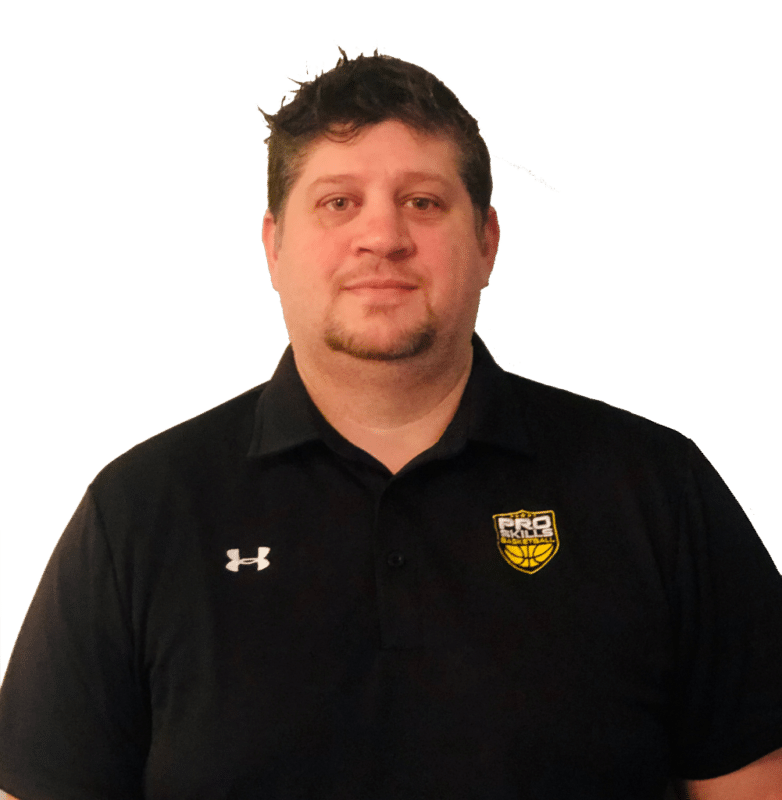 Gabe Johnson, a Chattanooga, Tennessee native, attended high school at Tennessee Temple where he was a three-time All-District player and All-State his senior season. He averaged 22 points a game in the ’97-98 season, taking them to the TSSAA state tournament finals.

Gabe began his collegiate career at Cleveland State Community College, but stopped playing as he began a family and entered the workforce. At the age of 23, Gabe returned to college and basketball enrolling at Bryan College, a member of the NAIA. Affectionately called “Pops” by his teammates due to his age, Gabe averaged 17 points per game and led the NAIA in steals his final season at Bryan.

Between collegiate playing stints and after, Gabe coached at a local academy for 12 years, working with boys and girls teams at the middle school and high school level as both an assistant and head coach. During those years, Gabe began focusing on player development, a passion for him, as he pushed kids to maximize their potential.

In the 2012-2013 season, Gabe returned to Bryan College as an assistant coach with an emphasis on recruiting, game planning and player development. That season, the team returned to the conference championship for the first time in ten years.

Following Bryan College, Gabe has spent the last four seasons at a local school as an assistant middle school and high school coach, an opportunity allowing him to coach his own sons, as well as run select basketball teams for elementary through high school age boys and girls.