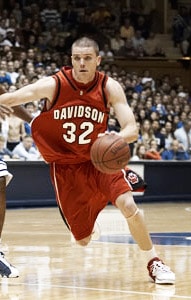 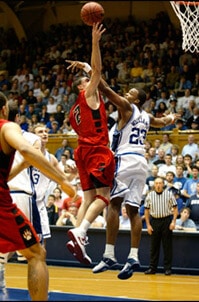 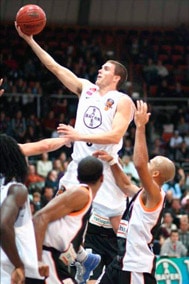 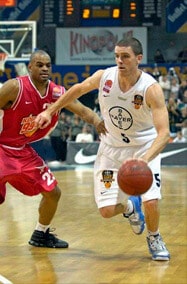 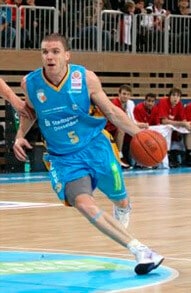 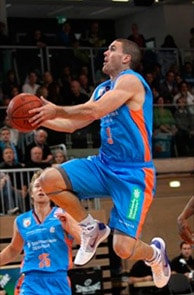 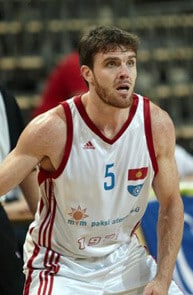 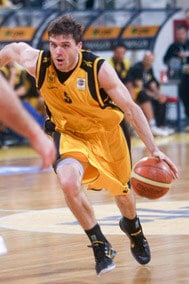 Brendan Winters graduated from J.K. Mullen High School in Denver, Colorado in 2001 after winning the 5A State Championship and being named 1st team All-Tournament.

Without any Division I scholarship offers, Brendan refused to give up and decided to attend Worcester Academy Prep School in Massachusetts as a post-graduate student.

There, he played with and against some of the best competition in the nation.

After a successful prep school year, Brendan accepted a scholarship to play for the Davidson College Wildcats in 2002.

Junior year, Brendan was named Southern Conference Player of the Year and All-American, as he and Logan lead the Wildcats to a perfect 16-0 conference record and quarterfinals defeat in the postseason NIT.

However, Brendan saved the best for last when in his senior season he led Davidson to victory in the Southern Conference tournament and was named Tournament MVP with 33 points in the championship game.

Again Brendan was named an All-American along with winning Davidson’s “Tommy Peters Award” (given annually to a male Davidson athlete who exemplifies excellence on the playing field and dedicated campus leadership) and also being named one of five national finalists for the “Chip Hilton Award” (given annually to a graduating senior NCAA basketball players who demonstrates personal character in all affairs).

After graduating in 2006 with a degree in English, Brendan decided to pursue his lifelong dream of playing in the NBA.

He was invited to attend the Portsmouth Invitational as well as pre-draft workouts with the Indiana Pacers, Detroit Pistons, and Charlotte Bobcats. Despite going undrafted, Brendan continued his NBA quest by playing for the Golden State Warriors in the 2006 Las Vegas Summer League.

Although being asked to play in the NBA Developmental League, Winters decided to continue his career overseas for his rookie year when he signed to play alongside Logan with L’Hermine de Nantes in France.

For his second pro season, Brendan moved to the Bayer Giants Leverkusen in the German Bundesliga. There, his team finished in 3rd place while he led the league in 3’s and was named 1st team All-League.

Brendan then decided to stay in Germany and resigned with the Giants (although the team moved from Leverkusen to Dusseldorf, thus becoming the Dusseldorf Giants) for the 2008-2010 seasons.

During the 2009-10 season, Brendan was picked as a Bundesliga All-Star. For the 2010-11 season, Brendan played in the Hungarian A Division for Atomeromu in Paks, Hungary, and then moved to the top division in Greece to finish the season playing for Aris Thessaloniki.

After 5 years in Europe, Brendan decided to retire and work with Logan in and on Pro Skills Basketball year-round beginning in 2011. He now currently serves as the Director of PSB Charlotte, including PSB Club teams.

Brendan comes from a large family with two brothers and three sisters. His father, Brian, was a 2-time NBA All-Star with the Milwaukee Bucks and coach with over 20 years experience in college (Princeton), the NBA (Cavaliers, Hawks, Grizzlies, Nuggets, Warriors), and the WNBA (Fever). He currently works as a scout for the NBA’s Indiana Pacers.

Brendan’s sister, Keelin, played soccer for national powerhouse Portland University from 2006-2010 and went on to play professional in the US and overseas.

Brendan is now happily married with one daughter and lives in Charlotte, NC.