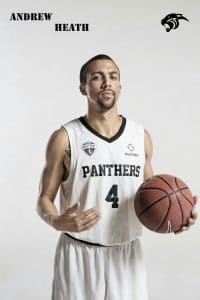 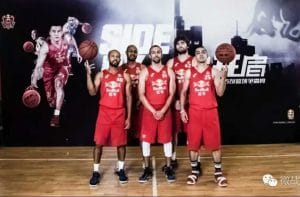 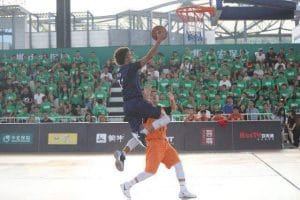 Drew attended Trinity Catholic High School in Stamford, CT. During highschool, Drew was a two sport athlete in soccer and basketball. During his 4 year career, his school only lost 10 games. He was captain his senior year and was also an all conference selection in soccer his junior and senior years.

Drew attended Emmanuel College in Boston, MA where he was a two sport athlete in Basketball and Track. Drew was nationally ranked in the 400m for Track and Field.

After finishing his collegiate career at Emmanuel, he spent the next few years as a basketball trainer, training WNBA, overseas and college players in the Boston area while working part time at  the Harvard University Athletic Department as a marketing assistant.

Andrew went on to get his Master’s Degree at Manhattanville College in Sports Management while serving as a team manager for the ABA’s (American Basketball Association) Bronx Holy Flames.

Upon finishing his degree he moved to Beijing, China where he continued his basketball journey, as a player, manager and coach. Working for the NBA Yao Basketball Club and NBA Academy while being a member of the Beijing Panthers, competing in games and tournaments throughout China in the Wildball, DBL and NBA 5v5 leagues.

He currently resides in Oakland, CA working as an Assistant Athletic Director and Admissions Associate at the Drew School in San Fransisco.