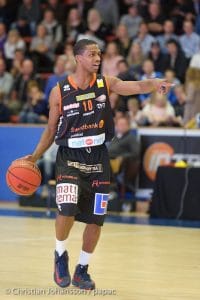 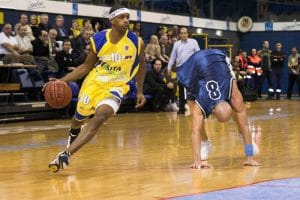 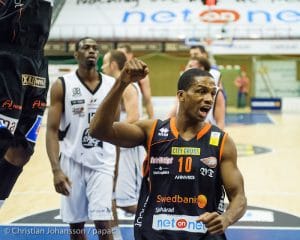 He was voted East Duplin High School Athlete of the Year two years in a row and was nominated as an Outstanding Senior during his final year.

JJ received a full athletic scholarship to play D1 basketball at North Carolina A&T State University where he ended up graduating with a bachelor’s degree in Liberal Studies with concentrations in Business, Education, and Psychology.

On top of that, JJ finished his collegiate basketball career as an HBCU All-American and turned pro in 2001.

JJ played for top professional basketball clubs in Holland, Belgium, Venezuela, France, and Sweden during his 15-year pro career. He was selected as a European All-Star multiple times and gained interest from several NBA clubs over the course of that time.

During his time in Sweden, JJ had a spectacular 3-year stay with Boras Basket of Sweden where he was selected to the Swedish Basketligan All-Imports team 3 years in a row after leading the league in scoring and capturing the “Guard of the Year” award in 2012 and 2013.

JJ’s time in Boras culminated by leading the team to a 2nd place ranking in the league and qualifying the team for European Cup play in back to back seasons.

JJ went on to finish his 15th and final season in Europe with French Club SOM Boulogne-Sur-Mer in 2015.

JJ is married to Monica Miller, a graduate of Winston-Salem State University and the University of Phoenix where she earned a master’s degree in Psychology. They have a beautiful little girl named Kyndall and a cocker spaniel named “Prince”. He and his family reside in Rolesville, North Carolina, which is a town just north of Raleigh.